For those who have followed my book release, you recall that I made Amazon Best Seller status in 5 categories, have appeared on over a dozen podcasts (and counting) and have made it on many popular sites through columns written and republished on various media outlets around the country.  To say that I’ve been overwhelmed with gratitude for the success of my book would be an understatement!  The message of my book is taking root, and I’ve been flooded with stories from around the country where people have shared their own retirement experiences, and the loss of identity and purpose they felt after the transition.

One story from a reader, in particular, struck me as highly plausible for what happened to my mom… and even perhaps me if I don’t plan well.  The story goes that this reader’s father, who had been a life-long farmer, decided to sell his farm at age 60 and started a landscaping business.  The farmland was wrapped up in a family dispute, and as opposed to forking over millions of dollars (borrowed, no doubt) to buy it from his siblings, he just decided to sell.  He still felt great and wanted to continue doing outside work, so he decided to start a landscaping business that ended up doing very well.  Years later, at the age of 83, with really no physical health reasons to retire, he just felt he wanted to pull the trigger and take it easy in ‘retirement’ like all his friends had done 20 years earlier.  Within 12 months of retiring, he died.

The son was left to pick up the pieces, and he started to make sense of what happened.  He remarked, “The applause stopped.”

In the geographic area that his father had started his landscaping business, he began to make a name for himself, especially around the widower demographic.  The situation would typically be an older woman’s husband had died, and they needed help with their property and tending to their gardens.  One older lady would talk to another and pretty soon, the father had a thriving landscaping business.

The father was 5’6” and weighed 150 lbs.  Even at age 80, he’d dig 5 holes, carry a 100-pound tree from the truck and drop it into the hole, and would repeat it 5 times.  He’d spend the morning doing hard labor, and the second half of the day, the widow would invite him in for lemonade and would lavish praises on him.  “You’re so strong for your age!”  “You’re the most remarkable man I’ve ever met, such a hard worker!”  “I wish my late husband could’ve met you!”  Then they’d continue the conversation of who was related to whom in the community and what church they grew up in and what lineage their ancestry was from.  It made for an enjoyable afternoon out of the heat of the day.

He accepted the affirmation humbly, and would accept the referral to the next widow he’d be helping, and the process would repeat.

Then, he retired from his landscaping job.  However, he had nothing to retire to.  The healthy physical labor stopped…as did the applause from those he helped.  And within 12 months, the man died in his sleep.

Obviously, this is the son’s working theory.  My hunch is, he’s not too far off.  It’s also quite obvious, not every retiree dies a year after they retire…nor do they commit suicide like my mom did.  Nonetheless, the transition can be difficult for some.  You go from making an impact, having a routine, having social connections…to having the expanse of the day before you, with no real plans at all to fill the hours.  This can sound great when planning for retirement.  And there certainly is an aspect of retirement that should be free from stress and packed routines.  But, without careful planning, a day can wander by listlessly and soon, questions of “Why am I here” begins to infiltrate the retiree’s mind.

I recently was reminded of “The 90/10 Rule of Retirement”. It basically states that in preparation for retirement, most people spend 90% of their planning time on the financial issues and only 10% on the non-financial issues.  After retirement…the ratio reverses.  And when that reverse happens, the transition can weigh on a retiree’s mind.  In my book, I point out that a retiree’s chances of suffering from depression goes up by close to 40%, and approximately 25% of adults over age 65 are experiencing some form of mental-health issue.  (See page ‘xxi’ in the Prologue of my book).

For my mom, the applause of caring for her patients stopped.  And she didn’t have anything to fill the void.  This doesn’t have to be true for you.  To honor my mom’s legacy, my passion is to help my clients, friends and loved ones prepare for a retirement they love; I’m dedicated to showing them how to build a lifestyle that gives them purpose.  Without a plan, life in retirement can lose meaning.  I can help you build a strategy that helps you derive meaning from your life and add purpose to your days, even as you leave your career behind.

I can show you, how to keep the applause… 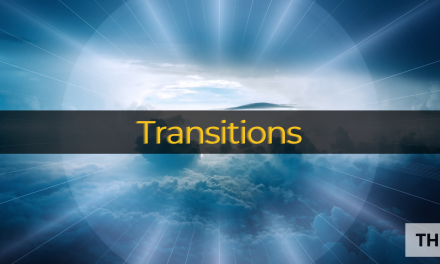 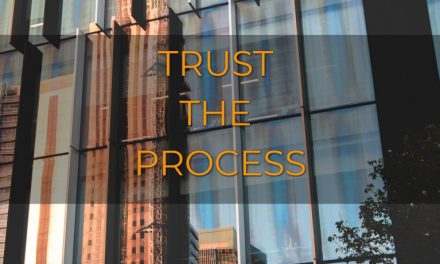