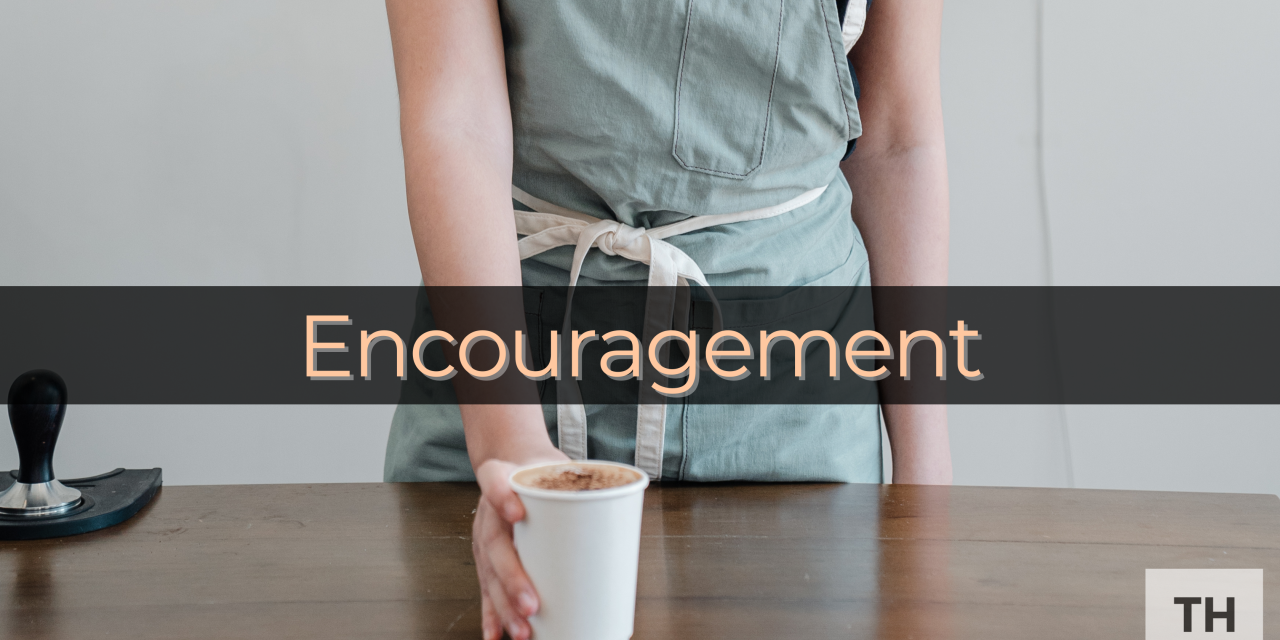 Ever since Eliana was a little girl, I’ve always thought about ways to celebrate milestone birthdays. At 10, I took her to her first Ohio State Buckeyes football game. It was a blast! At 13, I took her to a nice dinner and wrote a special letter to her. At 16, I thought it’d be fun to take her to a big city to experience life outside of small-town Ohio. So, this past summer, away we went on a Daddy-Daughter trip to New York City with the quest of seeing a couple Broadway Shows.

It was an hour and half plane ride from Detroit to JFK, and an hour and a half cab ride for the 13 mile jaunt from JFK to our downtown hotel. The traffic, the lights, the honking, the cement, the grandeur of the buildings built by gifted architects, she took it all in. We arrived on a Thursday afternoon, which gave us plenty of time to explore the city before our first Broadway show Friday evening. The Lion King did not disappoint! I also surprised her with tickets to an additional show on Saturday evening, Wicked, which was super cool as well.

Early Sunday morning, we headed back to JFK to fly back to Ohio. Being good people, we arrived at the suggested time of 2 hours prior to our flight boarding. The 2 hour thing has always been a bit annoying to me. Sometimes, 2 hours is just enough margin to get through security and use the facilities before boarding. Other times, everything goes very quickly, and you sit at your gate forever and a day wondering why you got there so early. This was one of those other times. Security was a breeze and we got to our gate with hours to spare. What to do with all this extra time?

I’m a coffee drinker. Borderline snob, but I think my wife takes the prize on that one. I like most coffees, and will only complain if it’s too watered down or luke warm. Otherwise, I’ll sip away. Eliana is becoming one…a coffee drinker that is. She’s not to the point where it has to be a certain brand…at a certain time…to avoid headaches or other results from addiction withdrawal (not that I’m speaking from experience), but she likes it. So, the first order of business was to find a coffee shop.

I had one place on my mind…Starbucks. This airport had to have one, didn’t it? I mean, what terminal in the United States of America doesn’t have a Starbucks? Not immediately seeing one as we meandered through the airport, I started to worry. My addiction desire, had to be placated. Rounding a corner of the terminal, the familiar logo shown bright in my eyes. “And we shall thus go there.” I declared.

Walking toward the Mecca, a confusing and alarming amount of people wound their way through the hallway just outside of the coffee shop. “They can’t all be waiting for Starbucks…can they?” I questioned. “I think they are, Dad.” Came the reply. Granted, we had ample time, but this was ridiculous. As we got closer, sure enough, the winding line was indeed for the restaurant. I sighed, but resolved to stay in line. And there we stood…and stood…and stood.

The line inched along at a snail’s pace. There was a total of 5 employees and 185,000 people in line. The odds were stacked against them. Had it been any other scenario, we would have left, but we had 2 hours, so we chose to stay. Well, eventually, the clash of people needing to catch a flight and the sheer inability for the 5 employees to keep up with demand ultimately reared its ugly head. Many expressed their frustration of not getting their order, the staff tried to remain calm and do their work, but the stress and flustering customers came face to face. The staff shouted at us kindly that they were trying their best. They each asked multiple times that we all have patience, they were trying the best they could. Being in customer service ourselves, both Eliana and I could empathize.

Now, to be sure, there were some customers that showed the decent side of humanity and waited patiently and smiled when their order finally arrived…35 minutes later for a latte. But most were a ball of anxiety, not comprehending that the universe didn’t rotate squarely around their needs. Eliana and I watched…and waited. I’d be lying if I didn’t reveal that I was becoming a bit frustrated as well. Not that I was in a rush, but rather, I’m an American, and American’s don’t like to wait. We’re, by our very nature, impatient.

45 minutes into our adventure, the moment we’d both been waiting for had arrived…we were next in line. The smell of coffee infiltrated my olfactory receptors and triggered in me an insatiable demand for the steaming cup of joe. As the prior customer finished paying, I stuck my foot forward to take my first step forward toward the barista. At that moment, the lady behind the counter shouted and declared: “We are closing the store for 5 minutes. We have to catch up. We cannot take any more orders. If you need to catch a plane, I’m sorry. We appreciate your patience, but we have to close the store for 5 minutes to catch up.”

Murphy’s Law had visited me once again. Deep in my heart, I knew it wasn’t going to be 5 minutes. But I also knew I had waited for 45 minutes, so leaving now was futile. I knew as soon as we’d leave to go to another store 1) there would be a longer line there and 2) this store would reopen. So, we waited. Order after order after order poured out of the shop. “Sheila!” “Max!” “Andrew!” “Reggie!” On and on the names were called…and we waited. By now, our 2-hour margin had narrowed, but we still were ok. 5 minutes came and went. And, in total, 5 rounds of 5-minute intervals elapsed before they’d reopen. (That’s 25 minutes for those who don’t have a calculator nearby). At this point, we’d waited in line for 1 hour and 10 minutes. All for a cup of coffee.

Upon stepping up to the window, the staff knew they weren’t completely caught up, but they had some breathing room. They were still stressed and reluctant to reopen, but they knew they had to. Sensing exhaustion and frustration on the face of the worker, Eliana and I were very kind and tried to pay quickly so they could get us moved on and out. The worker gave us an obligatory smile as we departed. And that’s about the time when my heart swelled with pride as I watched my daughter grab her cup of coffee off the counter, look the lady in the eye, and say “Thank you. You’re doing a great job! Keep up the great work! I appreciate it!”

The lady’s obligatory smile turned into a real one as she locked eyes with my daughter. The encouragement provided was fuel to her soul. Her spirit revived as she called the next customer to the counter. We walked away toward our gate.

My soul had been refreshed as well.

“That was nice of you to say, Eliana. She needed that encouragement.” I added.

“I know Dad, we all do sometimes.” She responded.

We got to our gate with a half hour to spare. The coffee… decent. The moment my daughter took initiative to encourage another person…priceless.

May you, like my daughter, show someone appreciation that looks a bit stressed under the weight of it all, to express your encouragement of who they are and the work they do. The encouragement you offer is fuel for the weary soul.

Life is hard. Treat others with kindness. Be an encouragement to those around you. Show love and grace. Lord knows we need it…we all do sometimes.

DISCLOSURE: Tony Hixon is long Starbucks (SBUX). Past performance is no guarantee of future results. 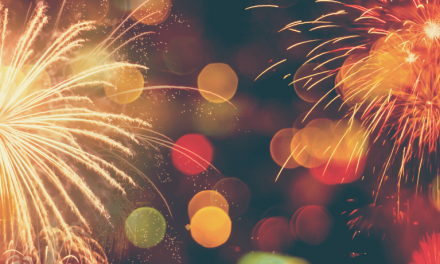 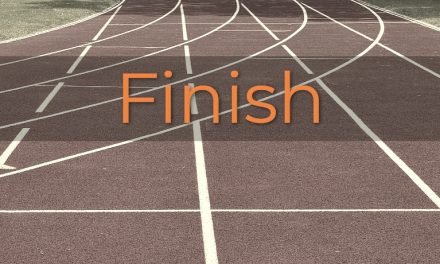 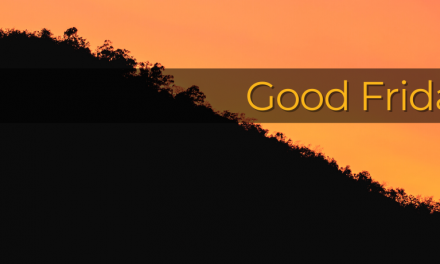 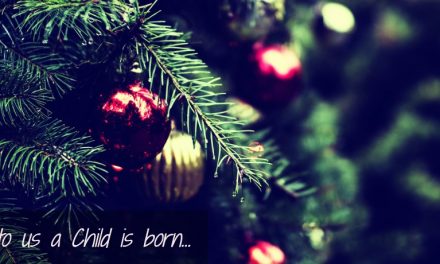