Cresting over the gentle hill, the Young Girl peered with expectation over the expanse that lay before her.  The journey had been long, hard, weathered, and treacherous.  Separated from her parents at the border, the Young Girl only knew to head West.  “That’s where Freedom lies” her Father would often say.

“Freedom” she thought.  “I will head West.  There will lie Freedom and there I will find my parents.”

Growing up in the City was tough, but it was all she knew.  Each morning, her Father would head to the mill to earn a shilling for her family.  Her Mother would stay home to tend to the house and the kids.  Mending this, cleaning that, cooking what little they had for dinner in preparation for the Father’s return from the mill each evening.  Each day was filled with chores and playtime amongst the littered streets with her friends.  Then, one day, it happened.

A loud noise coming from the edge of the City had pierced the night.  The Young Girl shot wide awake, fearing the worst, hoping for the best.  Peering out the window, the night sky was illuminated with light from a fire that burned bright.  Her Mother rushed into her bedroom, “Get up! Get up!  We must leave.  Immediately!”

“No time for questions, find your shoes and grab your little Brother.  Now!”

Moving with a purpose, the Young Girl scooped up her sleeping Brother and held him in her arms.  Running toward the door, she caught sight of her Mother and Father in the street…one eye on helping their neighbors, one eye on making sure their kids had left their home safely.  By that time, many thousands had left their homes and emptied into the streets.  Some still wiping sleep from their eyes, some frantically trying to find their loved ones.  It was chaos, all the while, the loud noises, now determined to be bombs descending upon the City, were getting closer and closer.

The flow of humans down the street was away from the bombings, but their destination…undetermined.  At some point between connecting with her parents outside their home and now, she lost sight of them.  Still holding her Brother, the Young Girl frantically looked for her family and yelled their names repeatedly.  In the bustle of it all, she’d lost them.

Several hours later, the sun cresting above the horizon, still no luck finding her parents.  But quitting wasn’t in her mind.  She would find them, there was no other choice.  The exit from the City had been swift and deliberate.  Knowing her town was the victim of attack, she knew her City had been leveled, and there was no heading back.  She recounted the many walks she had made with her Father as he dreamed of leaving the City, and heading West, where Freedom was to be found.  He labored hard daily to accumulate enough to leave the City, but it seemed it was never enough.  What little he earned was used to feed and clothe his family, and not a penny more.

The Young Girl knew if she were to ever see her parents again, it’d be to the West.  Standing with her face to the sunrise, she did an about face and stepped forward with conviction.  Knowing what was behind, yearning for what lay ahead.

By now, she had joined with a few other families that had been displaced by the bombing.  Some Older Women had temporarily adopted her and her Brother, caring for them the way moms do, knowing she was scared, and offering help for her and her Brother and giving encouragement along the way.  The West was a few days journey from here.  Nothing was guaranteed.  Food…nonexistent.  Water…retrieved along the way, if at all.  The Young Girl plodded forward.  Accepting help from the Older Women, yet understanding the responsibility that lay upon her shoulders, she helped carry and care for her Brother along the way.

Cresting over the gentle hill, the Young Girl looked with expectation at the valley that lay before her.  In the distance, smoke billowed above the tree line, wisping gently to the right signaling a slight breeze.  Her heart leapt.  Could this be?  Could this be a group of others that had been displaced violently from her City?  Could her parents be up ahead?  There was only one way to find out.  Determined, she swaddled her baby Brother a bit tighter and hastened her pace.

Upon arriving to the makeshift camp, it became painfully clear that this was indeed a cadre of people that were from the City.  As she glanced from the left to the right, the camp was full of injured people and lost children.  Any child that was old enough to speak called out the names of their parents, hoping to reunite, hoping to be a family once more.

The hunger pangs were very real inside her.  Moreover, the lack of sleep and stress upon her body were catching up with her.  She needed water, but wanted her parents more.  She slowly but purposefully continued down the makeshift paths calling out to her Mother and Father along the way.

Remembering her past yet straining ahead, she trudged, one foot in front of the other.  It had been days since she had slept…days since she had eaten, but her purpose was adrenaline to her soul.  Then, the sheer physical limitations of her structure gave way.  Falling to her knees, and eventually to the ground, protecting her brother from the slow collapse, she could not press on.  Desperately dehydrated, some from the camp rallied to her to get her the care she needed.  By then, a small crowd of adults had gathered, offering care and water.

The Young Girl had all but given up hope, when through shadows of people gathered, she made eye contact with her Father, who pushed through the crowd with a gleam in his eye and love in his heart.  The Father had spent days roaming through the camp looking for his kids, all the while helping others all he could and even walking to the the hill to see if any new stragglers from the City were coming their way.  Somehow, in his heart, he knew he had trained his daughter to head West.  He knew his chances of reuniting with her would be here, if anywhere.  And now, his heart had proved correct.

“Father, where are we?  Where’s Mother?  Will we be ok?” Asked the Young Girl.

“My child, we’re ok.  We’ll be ok.  Mother is fine, she’s right here.  I wasn’t able to afford leaving the City on our own.  But now, these circumstances forced us.  But it turns out to be providence.”

The Father helped the Young Girl to her feet and took the baby Brother from her arms.  Mother approached, embracing her family in a moment of love and reunion.

“It means, entering into what always should have been… 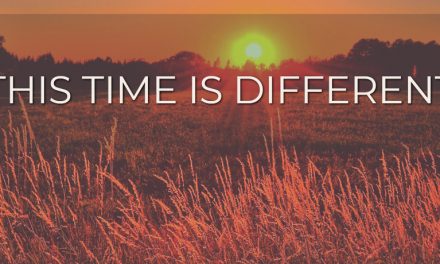 This time is different

An honorable reputation and a good name 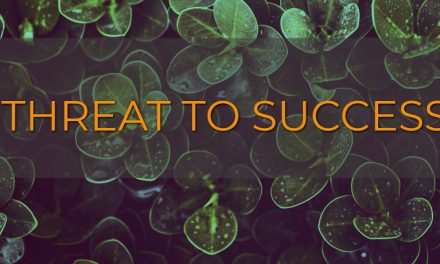 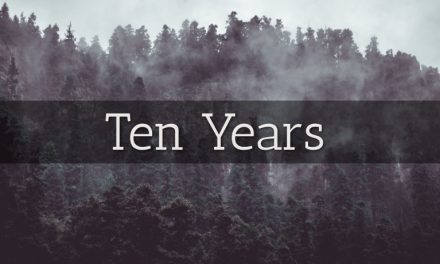